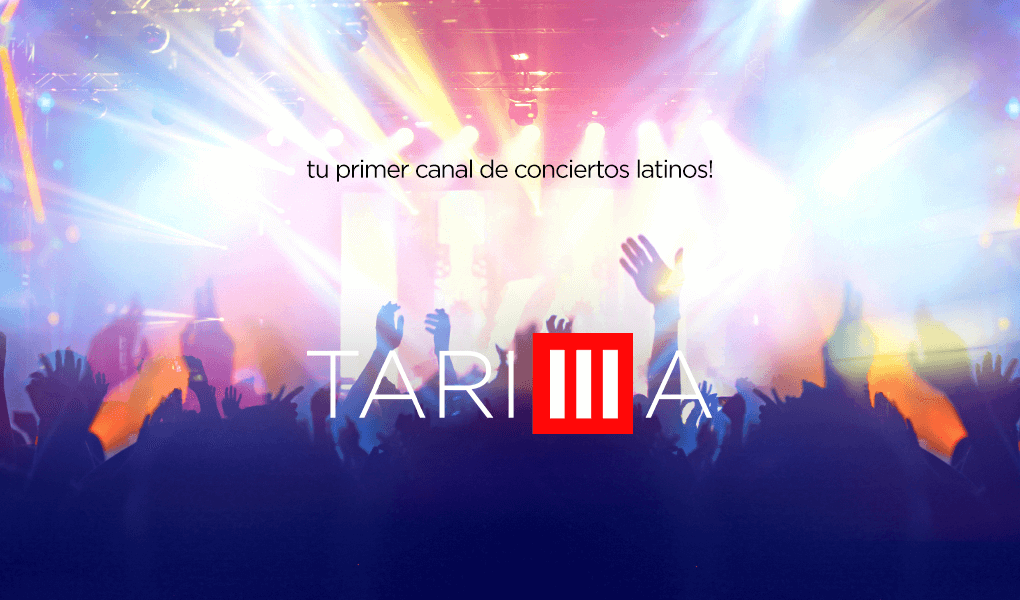 Tarima TV launches its latin concert channel using Veset Nimbus channel origination platform as Veset expands its presence in the US. Tarima is the first latin concert channel in the US with a focus on bringing the concert experience into the hands of the Hispanic population in the United States. It is the only 24-hour spanish language concert channel gathering the best in the different latin genres and currently reaching over 3.5 million households across the US.

Veset was selected by Tarima TV as its cloud playout provider for the launch of its music channel in the US. Tarima was looking for a self-service cloud based playout solution that runs on AWS and does not require any upfront investment into hardware and/or traditional broadcast engineering support. Veset Nimbus is a professional channel origination platform that natively runs on AWS and was designed specifically for the cloud to utilise flexibility and scalability of the cloud infrastructure. Those features combined with Nimbus’ intuitive user interface and operational controls made it a natural choice for Tarima.

Initially Tarima’s channel is available through Optimum and Suddenlink (both cable-operators subsidiaries of Altice USA) , Altice Dominican Republic, covering the Caribbean island, and via CDN in Latin America. Tarima is looking to expand its presence reaching Hispanic audiences across the United States and across Latin American countries.

In order to succeed in the fast changing content market, Tarima has to be technologically agile. We use technologies and services which can deliver high quality experience without operational and technical complexity associated with legacy solutions. We are very excited to be embarking on this journey of running our network operations completely in the cloud. You needed to have a trusted partner to deliver mission critical solutions such as our channel playout. Veset’s team has provided a great support and we were able to launch our first channel within a few weeks, now we can launch new linear channels literally with a few clicks.

We are delighted to be working with Tarima. Expanding in the most vibrant media market in the world is a big milestone for Veset and we look forward to launching more US-based channels in the near future. We have designed our professional linear channel origination platform with companies such as Tarima in mind. New generation of media companies and content owners who see value delivering high quality linear television experience.

Tarima’s Nimbus playout runs in AWS and they use AWS MediaConnect and Amazon CloudFront as part of their channel distribution workflow.